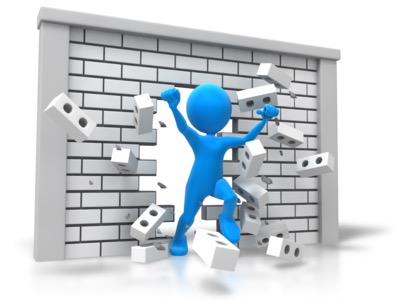 [The women] asked each other, “Who will roll the stone away from the entrance of the tomb?” Mark 16:3 NIV.

Got an issue you don’t think you can resolve, in your life, in your ministry, in your body, in your relationships?  The above mentioned scripture reminds us that we will have them, as you can clearly see. These women were faced with a difficulty in their ministry. A road block of sorts, if you will.  But God already had a plan and He already made the way before they even got there.  And for that matter, He had already take care of it before they even considered what they planned to do.  And when they reached their destination, they found that what they had gone to do for the Lord had changed direction, and instead they found “joy unspeakable and full of Glory” all around them and a new beginning!!!  It would forever change the entire course of not only their lives, but the lives of everyone throughout the ages and History itself.  The stone had been rolled away before they even got there!  God had already provided the means for it to be done! Mark 16:3, NIV

It doesn’t matter how large the stone is!  IT HAS BEEN ROLLED AWAY! FOREVER!  God rolled it away so you don’t have to.  He provided all we need in the death and resurrection of His Son. Removing any and all obstacles in our paths.  All you do now, is believe it, receive it, and go forth in the authority and power that you have been given by what Jesus did on the cross Heal the sick, raise the dead, and cleanse those who have leprosy, drive out demons!  Set the captives free!  Jesus did that for us and He gave us the authority to use His Name!  So…GO GO GO GO GO!  What are you waiting for?!  The stone is no longer there and neither is Jesus in the tomb any longer.  He’s IN YOU now!  You have all that you need, it has been provided for you and freely given to you!  So give it out freely!

New International Version:
On the first day of the week, very early in the morning, the women took the spices they had prepared and went to the tomb.  They found the stone rolled away from the tomb, but when they entered, they did not find the body of the Lord Jesus.  While they were wondering about this, suddenly two men in clothes that gleamed like lightning stood beside them. Luke 24:1-4.

As you go, proclaim this message: ‘The kingdom of heaven has come near.’ Heal the sick, raise the dead, and cleanse those who have leprosy, drive out demons. Freely you have received; freely give. Matthew 10:8.